“For fans of The Guernsey Literary and Potato Peel Society comes another terrific epistolary historical novel that is simply unputdownable [...] this remarkable novel will undoubtedly go on my keeper shelf.” 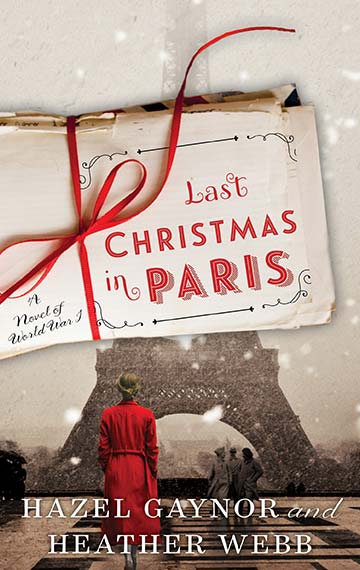 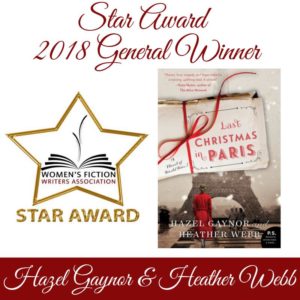 New York Times bestselling author Hazel Gaynor, author of The Girl Who Came Home, has joined with Heather Webb to create an unforgettably romantic novel of the First World War.

When war pulled them apart, their words brought them together.

Thomas Harding travels to the City of Lights, a packet of cherished letters in hand…letters that tell a story of love and loss, friendship and family, and the innocent hopes of a generation devastated by war. As he reads the letters one more time, Tom is transported back to 1914 and the sunlit August day when Evie Elliott waves goodbye to him and her brother Will, as they head to the Western Front.

All believe the war will be over by Christmas when the trio plan to reunite and celebrate the holiday among the romantic cafes of Paris. But it is not to be. As months slip into years, Tom and Evie’s lives become bound together by the letters and telegrams, notes and stories that travel between them, from the front line in France to a quiet suburb of London. But as their friendship flourishes, there is far more than words held between the pages of Tom and Evie’s letters.

Now, decades later, Thomas finds himself once again in his beloved Paris, determined to fulfil a last promise and to lay to rest the ghosts of the past…but one final letter is waiting for him.

Read the story behind Last Christmas in Paris here.

Praise for Last Christmas In Paris

“For fans of The Guernsey Literary and Potato Peel Society comes another terrific epistolary historical novel that is simply unputdownable […] this remarkable novel will undoubtedly go on my keeper shelf.” – Karen White, New York Times bestselling author of The Night the Lights Went Out

“LAST CHRISTMAS IN PARIS is an extraordinary epistolary novel that explores the history and aftermath of the Great War in a sensitive, memorable and profoundly moving fashion. A book to savor, to share and discuss with friends, and above all to cherish.” – Jennifer Robson, international bestselling author of Goodnight from London and Somewhere in France

“There is a special talent to writing the epistolary novel and Gaynor and Webb have mastered it. Letter by letter, the complex lives of Evie and Thomas unfold as WWI wages on, bringing with it the heartbreaking news of physical and emotional casualties. And yet, in the midst of such sacrifices, an ever-deepening love surfaces, finding a unique way to live on in this devastatingly beautiful work of historical fiction.” – Renee Rosen, author of Windy City Blues

“This joint collaboration between authors Heather Webb and Hazel Gaynor is a gripping epistolary novel in the tradition of LETTERS FROM SKYE and THE GUERNSEY LITERARY AND POTATO PEEL PIE SOCIETY. Beginning with heartbreaking gaiety at the start of the First World War, LAST CHRISTMAS IN PARIS follows a progression of letters between a spirited female journalist, a bookish new-minted soldier, and the various bright young things who make up their band of friends, charting the slow, heartbreaking passage of years as war and disillusion grind away youthful dreams and ideals. Humor, love, tragedy, and hope make for a moving, uplifting read. A winner!” – Kate Quinn, author of The Alice Network