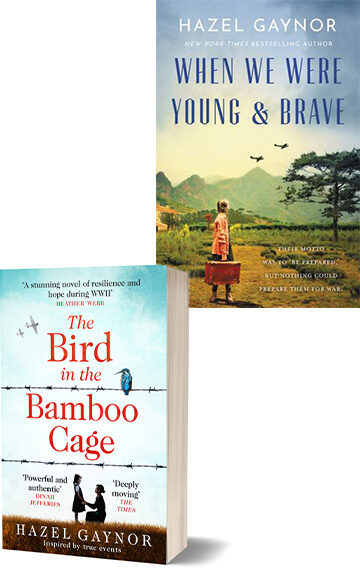 Their motto was to be prepared, but nothing could prepare them for war. . .

The New York Times bestselling author of The Girl Who Came Home sets her unforgettable new novel in China during WWII, inspired by true events surrounding the Japanese Army’s internment of teachers and children from a British-run missionary school.

China, December 1941. Having left an unhappy life in England for a teaching post at a missionary school in northern China, Elspeth Kent is now anxious to return home to help the war effort. But as she prepares to leave China, a terrible twist of fate determines a different path for Elspeth, and those in her charge.

Ten-year-old Nancy Plummer has always felt safe at Chefoo School, protected by her British status. But when Japan declares war on Britain and America, Japanese forces take control of the school and the security and comforts Nancy and her friends are used to are replaced by privation, uncertainty and fear. Now the enemy, and separated from their parents, the children look to their teachers – to Miss Kent and her new Girl Guide patrol especially – to provide a sense of unity and safety.

Faced with the relentless challenges of oppression, the school community must rely on their courage, faith and friendships as they pray for liberation – but worse is to come when they are sent to a distant internment camp where even greater uncertainty and danger await . . .

Inspired by true events, this is an unforgettable novel about impossible choices and unimaginable hardship, and the life-changing bonds formed between a young girl and her teacher in a remote corner of a terrible war.

The book will be published in the UK, Ireland, Australia and New Zealand with the title THE BIRD IN THE BAMBOO CAGE, and in the USA and Canada with the title WHEN WE WERE YOUNG & BRAVE.