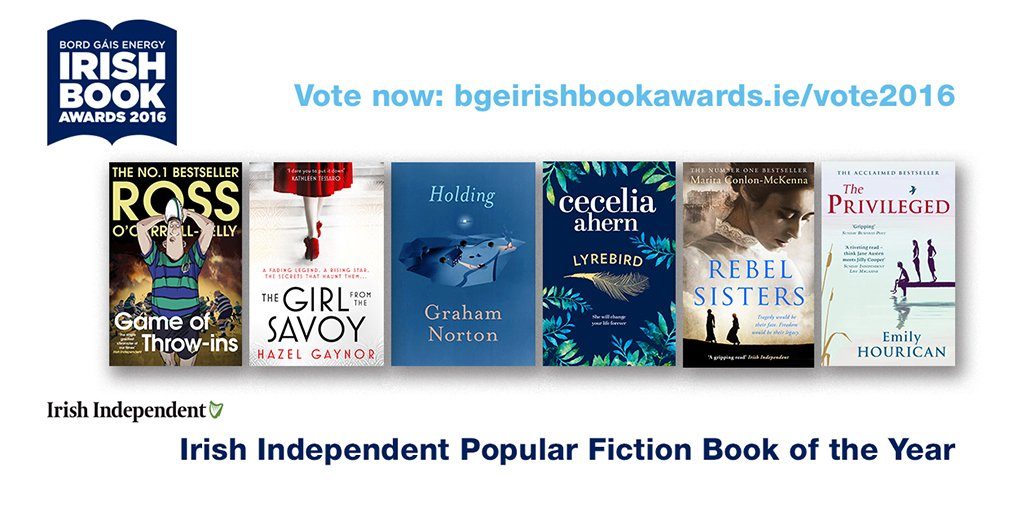 Somehow, I have kept this a secret for two whole weeks but finally I can tell you that THE GIRL FROM THE SAVOY has been shortlisted for the Popular Fiction Book of the Year in the BGE Irish Book Awards. The news was announced at a press conference at the Bord Gais Energy Theatre in Dublin yesterday morning, and I haven’t stopped smiling since. 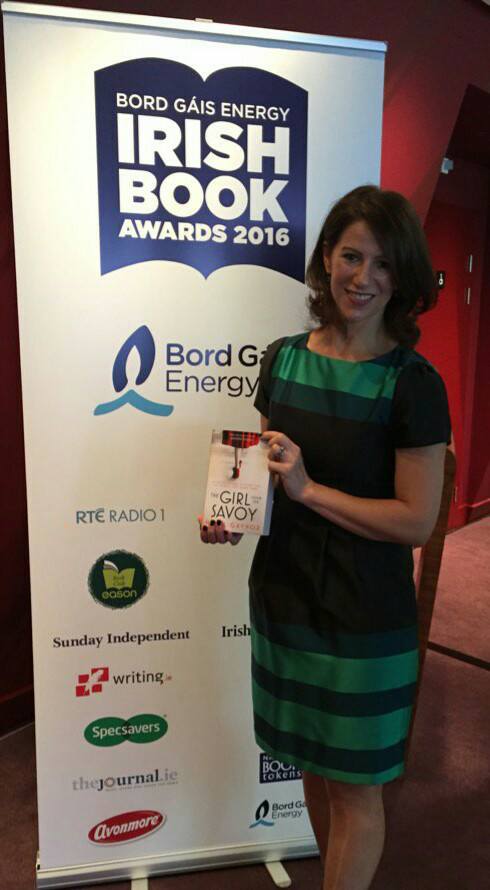 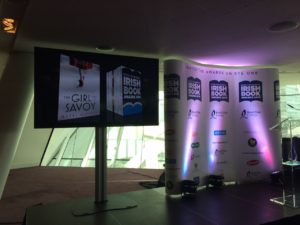 This is my first nomination for an Irish Book Award so you can probably guess how overwhelmed and excited I am, and to be in such stellar company in my category is … well … mind-boggling!

I first went to the Irish Book Awards ceremony three years ago as a guest of writing.ie At the time, I was a self-published author of The Girl Who Came Home, which was being prepared for re-publication the following April with HarperCollins. I went to the awards evening again as a fully-fledged author in 2014 and 2015, cheering on my friends and having a wonderful time. Of course, part of me wondered what it would feel like to be shortlisted, to walk the red carpet, to be one of those books being announced on the big screen … to WIN! Today, I know what the first of those feels like, and it is very very special indeed.

If you had told that girl in 2013 that three years later she would be shortlisted for an award, she would have laughed and raised her glass to the possibility, but she would never have let herself really believe it. What’s especially lovely about being shortlisted this year is that so many of my amazing writing friends – Carmel Harrington, Catherine Ryan Howard, Sam Blake, Elizabeth Rose Murray and Alex Barclay – were also shortlisted. To share yesterday with them made it so special and I’m so proud of them all. You can View the full shortlist Announcement video here.

The awards will be announced at a glittering ceremony on November 16th which will be broadcast on RTE1 on 19th November at 10pm and … voting is now open! You can vote for all your favourite books of the year at http://www.irishbookawards.irish/vote2016/ until midnight on 11th November.

For now, I must try to calm down, find a dress to wear and keep my fingers crossed! Thank you so much for reading my blog here and for following this crazy writing rollercoaster!