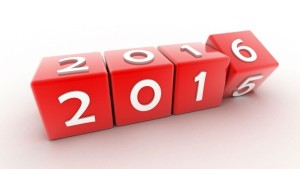 I always get nostalgic at this time of the year. I suppose we all do, in a way. Looking back on all that has been. Looking forward to all that lies ahead in the New Year.

2015 was an important year for me. It started with lots of nerves and sleepless nights! After the success of The Girl Who Came Home in 2014, I really felt the pressure to follow up that success with A Memory of Violets. Family and friends told me I had nothing to worry about, but I worried anyway. Thankfully, my second novel was very well received. It even had a moment on TV in the U.S! 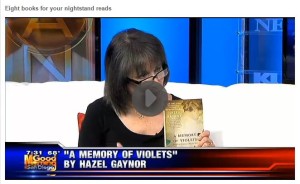 I breathed a sigh of relief as I continued to write my third novel,known for many months as ‘The Muse’ and finally given the wonderful title, later in the year, The Girl from The Savoy. As I work through my final proof read here, I am getting more and more excited about the book’s publication in June. Lots more to come on that over the coming months, including the reveal of the UK paperback cover. 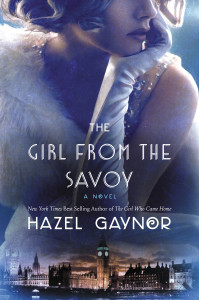 In 2015, I feel that my writing life became more real. More solid. It became more about getting on with the job and less about dreams coming true, and I was glad of that. I was no longer a debut author. No longer a writer of just one book. My dreams became my career this year, and for that I am so grateful.

2015 also saw me take on a new challenge in writing a 10,000 word short story for the WWI anthology, Fall of Poppies. Working with eight other authors and a new editor was an entirely new and thoroughly enjoyable writing experience. The Great War was a new event and era for me to research and I became so fascinated by it that I hope to revisit it again at some stage. Fall of Poppies will be released on 1 March in the U.S. in ebook and paperback, and will be available in the UK/Ireland in paperback in April. The title is available to pre-order now, and individual e-shorts of each contributing author’s short story will also be released over the coming months. 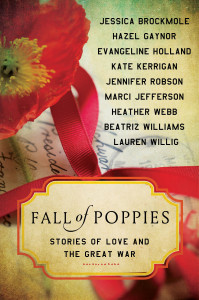 In March, I won my first writing award, when I was presented with the RNA award for Historical Romantic Novel of the Year for The Girl Who Came Home. It was a moment I will always treasure – and I still pinch my self that it actually happened! It is lovely to see readers still discovering the book towards the end of 2015 (a book I wrote at my kitchen table in quiet obscurity in 2011) and to hear that it is still being enjoyed around the world. (p.s. *shameful self-promotion warning: it is currently on sale for just 99p on the UK Kindle store as part of their 12 Days of Kindle promotion!) 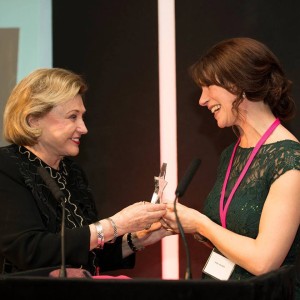 In the summer, I visited the new HarperCollins offices in London and my new UK editor, Kate Bradley, and the HarperFiction team who will be working on The Girl from The Savoy. To see my books lined up on the bookshelves behind the glasses of champagne was a moment I will never forget! I babbled on about nonsense while scoffing macarons, but they are still publishing the book, so that’s a relief! 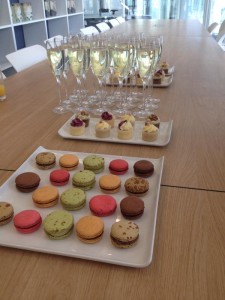 I also saw my first foreign translation this year, with the Hungarian edition of The Girl Who Came Home. A new title ‘Sea Waves’ and a new cover made for another new experience. The book will next be published in Slovakia. 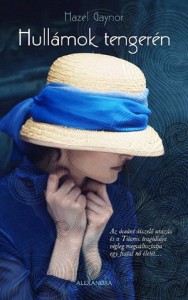 There were lots of other highlights this year, including speaking at Kanturk Arts Festival and Kildare Readers’ Festival, meeting secondary school students who have studied The Girl Who Came Home, speaking about social media at the annual RNA Summer Conference in London, interviewing Kate Mosse at Harrogate History Festival, learning that two friends finally got the book deal they had been hoping for, attending the HarperCollins Big Book Bonanza and Summer Party, and attending the Irish Book Awards. We writers spend so many hours alone worrying and looking haggard, it really is lovely to dress up and talk to real people every now and again! 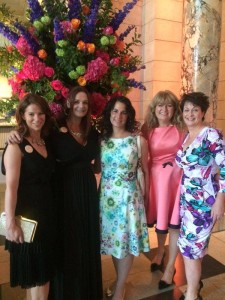 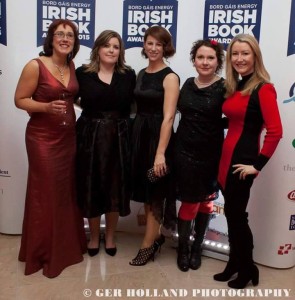 As a wonderful end to the year, I am so thrilled to learn that four UK book bloggers, Becca’s Books, Boon’s Bookcase, On My Bookshelf and My Reading Corner have all chosen A Memory of Violets as one of their top 10 reads of 2015. Knowing how many books these amazing ladies read each year, this is such a huge honour. Thank you! 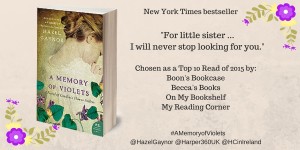 It has been a busy year and an exciting year. Privately, I’ve had my ups and downs, but I always try to remain positive outwardly and be mindful of the fact that when I’m finding it tough, or read a bad review or have a frustrating writing day, I am doing the job that I love – I am writing books for a living! That always takes any writing blues away pretty quickly!

For 2016, there is already so much to look forward to. The publication of two books: Fall of Poppies in March in the U.S. and April in the UK/Ireland, and The Girl from The Savoy in June in the US and Ireland, and September in the UK (and all available to pre-order now). I will also soon have exciting news to share with you all about future projects!!

For now though, as we say farewell to the year that was, I want to thank you all for following this blog and for your amazing support and enthusiasm for my books. I really do appreciate it so much.

Wishing you all a very Happy New Year and all good things in 2016.